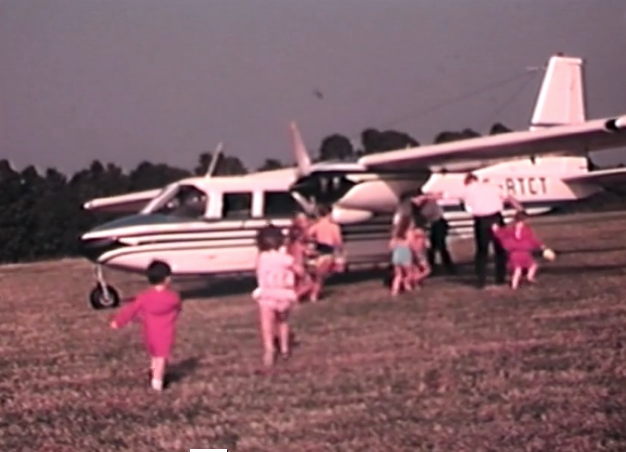 Bembridge School 1966 - a Britten-Norman Islander lands and whisks children away to the beach for some fun.

Bembridge School 1966 - a Britten-Norman Islander lands and whisks children away to the beach for some fun.

A Britten-Norman Islander lands and whisks children away to the beach for some fun.

26th September 1966. Jim Birnie kindly provided this film for Bembridge School's FB page where Patrick Vickers posted the original wonderful clip. Jim's father is the pilot in this clip. Britten-Norman was a local aircraft manufacturer based in Bembridge who made the amazing Islander. The Islander had a massive payload (see all the kids getting onboard) and could land on a dime, or in this case, half a soccer pitch. From David Wheeler: "Jim Birnie (son of Jim Birnie the pilot in the clip) supplied the film via Bob Wealthy of the BNAPS. The aircraft is still flying today all over world, 54 years after gaining its CAA certification. 1280 BN-2 Islanders were made. John Britten and Desmond Norman clearly had the vision of an aircraft that fulfilled many needs."

From Wikipedia: “Through the use of low wing- and span-loading to generate greater effectiveness than conventional counterparts, the Islander could lift considerably heavier payloads than the typical aircraft in its power, weight or cost classes.”